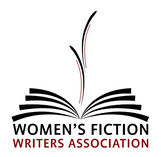 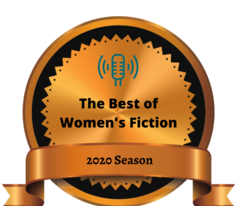 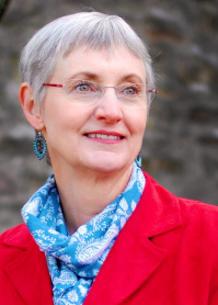 Writers: Stop by the Frenchtown (NJ) Bookshop for a free meet & greet and learn about my six-week series of classes in the Craft of Writing series, intended to amplify the confidence in your

writer's voice, one slice of craft at a time. The series begins March 23 and

me for The Best of Women's Fiction, where we talked about my writing,

editing, and my Your Novel Year program. Watch here!

The Art of Falling audiobooks released, thanks to Tantor Media! Devon Sorvari's narration truly brought my characters to life. Check out the sample here.

​The Women's Fiction Writers Association named me their 2020 Guiding Scribe! Need inspiration? You can access my keynote speech right here.

The Complete Handbook of Novel Writing:Everything You Need to Know to Create and Sell Your Work, from Writer's Digest Books is released! My interview with Janice Gable Bashman on "How Structure Supports Meaning" in my novels is reprinted in it. I have never been in happier company, with this list of other contributors: Jodi Picoult, Garth Stein, Dennis Lehane, Stephen King, Jojo Moyes, Khaled Hosseini, Jane Smiley, Orson Scott Card...my oh my!

November 1, 2016
Author in Progress: A No-Holds-Barred Guide to What it Really Takes to Get Published is released! This book, edited by Therese Walsh and written by regular contributors to her Writer Unboxed blog—includes a chapter by me, "A Drop of Imitation Goes a Long Way: Learn from the Masters," as well as essays by Donald Maass, Lisa Cron, Keith Cronin, Jael McHenry, Heather Webb, Erika Robuck, and others

THE FAR END OF HAPPY has received the Bronze Medal in the 2016 IPPY Awards (Independent Publisher Book Awards) in the Contemporary Fiction category!

THE FAR END OF HAPPY has been named a finalist in Foreword Reviews' 2015 INDIEFAB Book of the Year Award in the General Fiction category.

​Amy Impellizzeri and I were on Good Day PA, ABC Channel 27 out of Harrisburg, PA, talking about the Tall Poppy Writers.​​​​​

I am thrilled that THE FAR END OF HAPPY made the year-end "best of" list at Chick Lit Central (thank you Gail), but seriously—is there anything cooler than THE ART OF FALLING inspiring fingernail polish art? Check out the amazing Jennie Shaw's work at Jennie's Nails and Tales and scroll down to #4 to see mine!